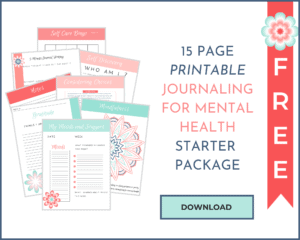 I have been, or can be if you click on a link and make a purchase, compensated via a cash payment, gift, or something else of value for writing this post. As an Amazon Associate, I earn from qualifying purchases. Please read my Affiliate Disclosure for details.

I watched your video talking about your opinions about George Floyd and I have a few things to say to you. While it is that you come across as an educated woman, I want to educate you on a few things.

To begin, I am wondering if you know what the definition of a martyr is. You said,

“what I find to be despicable to be, is that everyone believes this man lived a heroic lifestyle when he didn’t, and I want to talk about what his lifestyle was leading up to this moment, and why I refuse to accept this narrative that this person is a martyr or should be lifted up in the black community.”

Candace Owens, 2020, YouTube “I do NOT support George Floyd.”

The definition of a martyr is:

“someone who suffers persecution and death for advocating, renouncing, refusing to renounce, or refusing to advocate a religious belief or cause as demanded by an external party.”

I am curious as to what persecution he suffered, or what he died advocating for that is dispicable to you.

That he was advocating for himself to breathe? For him to be able to stand up and breathe?

That isn’t a martyr. That is a human being begging for mercy for his own life as he was being lynched. This is 2020.

What “heroic” lifestyle is it that you are speaking of that “everyone believes this man lived?” What does his lifestyle have anything to do with his death? He was handcuffed. He was helpless.

Who are you to judge his life? Who are you to decide who it is who is a “horrible human being?” Did you know him personally to get to make that decision? Or are you basing your judgments upon a man who had a criminal lifestyle?

And I am curious as to who it was that gave you permission to be the judge and jury as to this man’s character?

Your “narrative” dehumanized a man who was senselessly murdered and lynched in broad daylight. Your statements give insight into your own thoughts about several groups of people. Let me find some words that maybe you can relate to, since you use them so frequently: I find your entire “narrative,” ” despicable.”

You have seemed to stereotype several groups of people:

Ms. Owens, it is entirely okay to have an opinion and to share them with someone else. However, what you shared was not really an opinion about the current situation in our country. This was your opinion about a man’s character who you didn’t even know.

I am curious as to where your hatred for people comes from. Where does that come from?

And in one of your Facebook posts, you said how you loved hearing from your educated black people, in reference to a black man who clearly supports the same party you do. And he also speaks highly of your president. In other words, he isn’t a democrat. So, who do you really recognize as educated people? Those who only agree with you? And why is that so necessary for you? How does everyone agreeing with you benefit you and make you happy?

I don’t know you Ms. Owens, but I would like to point something out to you. You know when you shared that moment in your “narrative” when you described George as a horrible human being? That moment when he went to a woman’s house who was pregnant and pointed the gun at her stomach?

That “despicable” “narrative” you gave, was like pointing a gun at his 6-year-old daughter’s head. Do you have children, Ms. Owens? Do you know what it is like to lose a child or for a child to lose her father ? Do you know what it is like for your father to be senselessly murdered (lynched) and then to hear someone describe him as a “horrible person?” If you do, then shame on you. If you don’t, then shame on you still.

In another interview you gave, you mentioned “I cannot even begin to imagine her trauma,” in reference to the pregnant victim. You are correct. It was probably horrific for her and has left many scars. And that also saddens my heart.

I was kind of wondering what it was that made you go and dig into his background and share with the world what this man’s life was like. How important was it for us to know that he had Fentanyl and Methamphetamine in his system when he died?

Or how important it was for us to all know that while he was sitting down on the ground, handcuffed and not a danger to anyone, that a “baggie” fell on to the ground. How do you know that was cocaine? I watched that video many times and never once noticed it until you pointed it out. How did you happen to see it and know it was there? How, if you live such a perfect life, do you happen to even know what exactly that was on the ground?

You said it was cocaine. Yet, it was Fentanyl and Methamphetamine that were in his system? Im not sure, then how what you are saying correlates. What are you really trying to say? Help me out, because I don’t understand.

I challenge you to educate yourself on substance use disorders. I realize that ignorance is bliss. Or is it? Your ignorance hurts other people and that is exactly what you did.

George was a human being who didn’t deserve to die. And it is not your job, nor your place, to get to make the decision in life who does. You are not God and, therefore, it isn’t your place but yet that is exactly what you did.

People are angry and tired of the racism. We are tired of the inequality. We are tired of the brutality and senseless deaths by people who are supposed to protect. We all watched a man get murdered on national television. Not just our country – but across the world. And this – this was the best that you could do? To record your “narrative,” so proud of yourself, for digging up his past ? Does it even matter? How relevant was his past?

You said that you believe in people getting second chances but after the 5th, 6th or 7th, then no. What even made you go looking anyways? What purpose did it serve? Would this have been different if he was a doctor, or a lawyer, or what you consider an “upstanding citizen?”

You did the same thing with Ahmad Arbery when your “narrative” slipped in there that no one wants to accept that he “wasn’t just a jogger.” And what about Nathaniel Woods, who was murdered by the state of Alabama via lethal injection? Did he deserve that, too? And what about Emmitt Till, Breonna Taylor, the Central Park 5, Sandra Bland, Trevon Martin, to literally only name a few.

And then, there is this:

Phrases like “white privilege” are just a modern twist on white supremacist ideology. Asking me to believe in “white privilege” means asking me accept “black inferiority”. —to look at a white person and recognize that I am less than them in this world. How about no.

I am white and did not know there was even such a thing white privilege until a black man pointed that out to me. And, no, having white privilege does not mean I will ever expect anyone to accept “black inferiority.” And white supremist ideology?

That includes you, Ms. Owens.

And then there was this:

Candace Owens@RealCandaceO · 15hDo you think Democrat voters are smart enough to realize that a bunch of wealthy people with armed private security are the ones calling for the police departments in poor cities to be defunded? Think they realize they are fighting for their own neighborhoods to be defenseless?

I am a democrat, Ms. Owens. Here, again, your judgments about people are a bit slanted.

I challenge you, Ms. Owens, to take a look in the mirror. Take a real hard look at your own flaws , sins, and imperfections. Are they less than Mr. Floyd’s? If you can answer yes to that question, then I challenge you to look in a Bible and find where it says anywhere that his are greater than yours.

I hope one day you will wake up and take a look at your own prejudices and resolve them. Because no one is perfect including you. Everyone deserves to breathe. Even George Floyd.

I am not accepting of the narrative that you don’t think a criminal record should be a basis for a man’s death, because that is your “narrative.” You prefaced your statements about George with that which means that you are lying and means that you are already aware that maybe what you are about to say, people may construe as judgmental. However, you did it anyways.

I am curious, what does that say about your character?

I will pray for you Ms. Owens. Because, my white, privelaged, God fearing ideology says to treat others equal despite their sins. 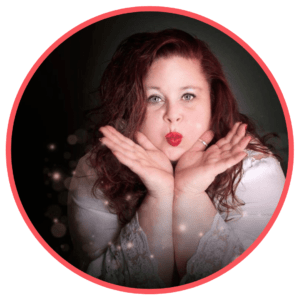 Hi! My name is Nancy and I am a mental health and substance use professional. My passion is helping people with anxiety, depression, and improving the spirituality in their lives.

I am here to provide you with ways to pave a new way for your life. Whether it be through journaling, providing messages of hope, or through helpful information, I have learned over the years as a therapist, I’ve got you! Because your life .. is all about you. 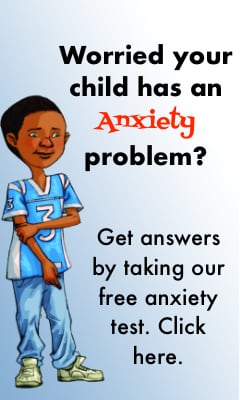 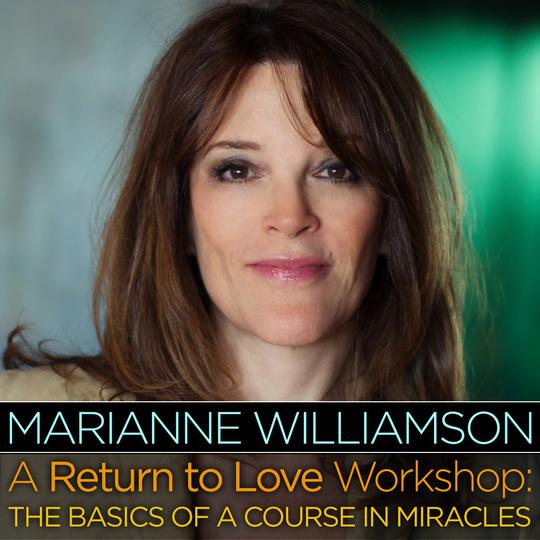 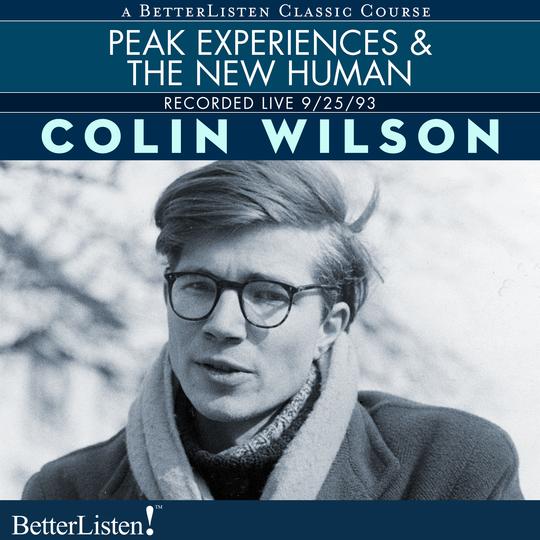 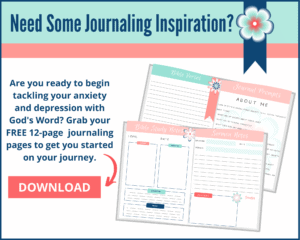 IF YOU OR SOMEONE YOU KNOW IS FEELING SUICIDAL, There is hope and people here to help you 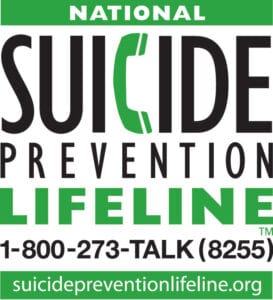 This site is dedicated to all the lives who have been lost due to suicide and addiction. If you or someone else is contemplating suicide or is struggling with addiction or other mental health issues, help is HERE

You are never alone. There is always hope.

Scroll to Top
We use cookies to ensure that we give you the best experience on our website. If you continue to use this site we will assume that you are happy with it.AcceptDeclinePrivacy policy